A downloadable game for Windows and Android

Rock Dodger is an aptly named infinite runner made in the Unity engine over the course of three months. In the game you control a spaceship that must dodge rocks in a cave. The cave is too narrow to fly in the middle of the rocks, so you must weave in and out of them with simple one button controls on PC and Android.

A spaceship stuck in a cave kind of bind.

Crashing is inevitable, but at least see how far you can get.

Luckily for you, your ship has these outlines that show where you are in relation to your surroundings so you don't fly straight into a rock.

Special thanks to 3kliksphilip for music used in this game!

It's the simplest a game can get, you avoid objects by switching between two lanes. I didn't notice any mistakes, so it's flawlessly made, though. Because so many games have some kind of lag in the movement, it actually takes some time to get used to the instant lane-changing. There's even a vertical line to show where the ship exactly is in a given moment, so it's all up to you and your finger - it would be interesting to see a serious world record attempt in a game like this.

I'd like to invite your game to our contest, the Game Development World Championship!

I'm glad you like it. The first game I made was rather complex and too ambitious for my skills, so I decided to join a game jam and make a simple game in a short amount of time. After the game jam I decided to do another simple game, something so simple it's hard to mess up, and thus this was born.

I don't think I can accept your offer, though I will seriously consider it.

Well, thanks for considering! 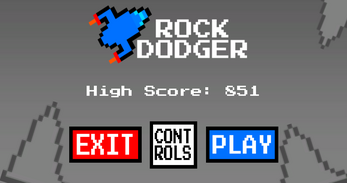 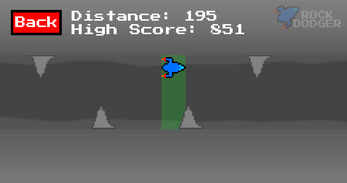 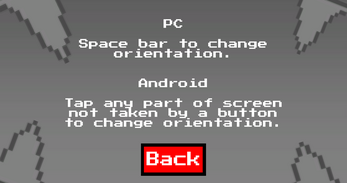