In Parsec you pilot a spaceship through a field of asteroids trying to destroy as many as possible before they destroy you. You have three different weapons that can be picked up around the world, their spawning is random. Health can also be picked up from random spawns and sometimes dropped by asteroids.

Down - S or Down arrow

Left - A or Left Arrow

Your starting weapon is the Normal Laser, it has a fairly lackluster firerate  but can destroy any asteroid in four shots or less.

The Machine Laser is exactly what the name implies, a machine! It has a very fast firerate and the same damage as the normal laser making it a way more effective weapon.

The Sniper Laser has extremely high damage allowing it to destroy any asteroid in a single shot. It can even penetrate multiple with a single shot. But beware its very low firerate.

Typically breaking off of a passing comet, small asteroids may not look like much but they can pick up incredible speed and quickly destroy any spaceship in their path and push other asteroids very far. They deal 25 damage if stationary but are likely to do vastly more at speed.

Sitting almost stationary, large asteroids are extremely dangerous if you bump into them but incredibly easy to hit and hard not to avoid. They deal 75 damage.

When hit asteroids can break into multiple smaller pieces. While the clutter may be annoying they are largely harmless. They deal 25 damage.

You have 150 health, each 50 is represented by a full blue square in the bottom left of the GUI. Each size of asteroid deals varying levels of damage and you can replenish 50 with a health pickup, represented by a grey square with +50 on it.

As long as your computer is as good or better as the one described you'll be fine. You'd probably be fine with less. 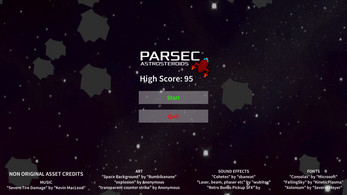 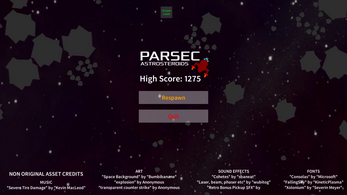 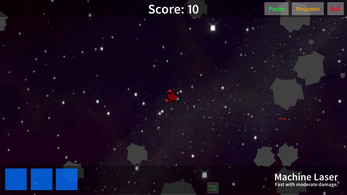 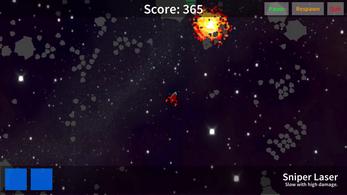 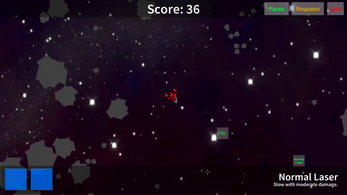 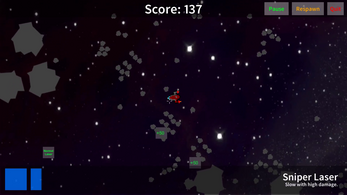 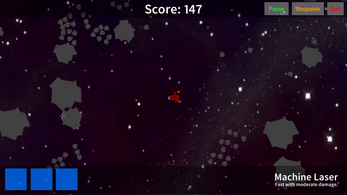 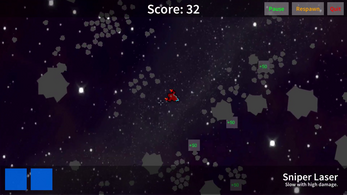